A downloadable game for Windows and macOS

THE ORBITALS OF TRANQUILITY

You are compelled towards the garden unlike any other. Its beauty and wonder enchants you. Blood has been spilt on holy lands. In the forest lies a structure of great power that holds the key to restoring balance. Purge those who worship the false gods. Restore peace to the garden of the universe.

A game by Ruben Tipparach

The game is currently in development, only about half done out of what was scoped.  Your support means a whole ton lot to me, so leave a comment, grab a download, or follow me on itch or twitter for updates on the completed version of this game which will include more of a backstory, more enemies, guns, and eventually I hope to do vehicles and voiced/dialogued characters. Once again, thank you so much for playing and checking out the project. I really appreciate all your feedback.

Literally best game i've played in itch so far the ending was really beautiful relaxing and the sad song vibe reminds me of the zombie apocalypse move i've watched and the rain just gives me good vibes i like the ending music perfecto.

This is basically Halo for PSX and i didn't enjoy it.(I played the bigsur version) In the mac version there is no options and the mouse speed default it's so slow that the first time i saw the speed i was thinking that i would never be able to kill an enemy, i guess i was wrong because the AI is not good. The enemies barealy see you, they go after you them they stop and they never shot they shot but you have to stay still for a wile and they pass trow some solid objects like walls. The weapons are not bad, but there's one weapon that is straight up bad and its the Wisp Launcher, the weapon always locks on the closest enemy and have low ammo and low damage, you have to shot three times to kill ONE enemy, ammo for this weapon is low and you can only shot 6 times after reloading; I think if you removed the lock on and make it deal more damage the wepon would already be usefull. The character is slow like really slow, slower than 90 year old, and the world area is BIG and it's boring walk for minutes to get to a place and the slow walking its even worse when you die, because when you die you go back to the begning and have to do all that slow walking again. Now I will talk about good stuff because there are thing that i really liked in this game; i liked the graphics, for a PSX style game the graphics are very well done, i like the weapons desings, i like the aliens, i like the sounds and i like the creepy and mysterious ending. There are some small nitpicking things i will talk about now, why have to hold e instead of just pressing it, the gunplay is not good but i think that inproving the AI would make it better, the boxes on the alien structure that you enter don't have collision. If some one wants to see the issues i will record a video showing them.

Game won't run for me. Probably due to me running it on a Mac. Even more likely is that Big Sur is the issue-- I've had to deal with this problem with several other games as well. This game looks really amazing, and once I can run it I'd love to support the dev. If anyone knows of a fix please let me know!

I might have to make a build for that version of Mac, will update you in a day or so.

Uploaded  new build. I'm not all that familiar with building on macs, but I was able to get a hold of one with big sur and tried it. So at least I was able to confirm that it works on at least one. If you aren't aware of security settings when opening the app, try looking at the post with a mini-tutorial: https://itch.io/t/656311/i-cant-open-the-game-on-mac-os-catalina-maybe-because-i...

I usually have to do that when I download a game from itch for a mac (probably don't need to command line it, can just extract zip, and double click). Good luck!

lol sweet, I'll give it a go

My video on Sacred Garden.

I love the game, but I'm stuck at the church building.

can anyone help me with that?

[SPOILERS] but there are a couple shiny items nearby, one of them is in the woods next to it

game broken, when I try to hover over crusade it wont work. but the other ones work on the title screen

that's unfortunate, I'm assuming you're on windows. Have you tried  clicking on settings (it's greyed out but clickable) and the navigating with arrow keys?

I just wanted to say this game has an excellent gun feel, and I love the atmosphere. I would like a method of walking around faster but overall I'm impressed. I do agree with some of the comments involving A.I. range, mouse sensitivity etc, but you already know that.

Anyway, I had real fun with this.

This game has some good stuff in it but a serious lack of directions on what to do, along with extremely low mouse sensitivity and the strange fact that you can't walk down a slope without dying in one place that really looks like a pathway prevented me from enjoying it.

Sorry about the sensitivity, I'll see if I can add a setting that'll help with that. And can you specify more about the death, was it towards the beginning, or somewhere at the end of level 1? I could try  and fix that for the next build to ensure a better experience for new players. Anyways, thanks a lot for playing, and I really appreciate the feedback!

There is a square building where you find a green orb, right to the left of it (left of you when you look at the building) there's a path leading down.

Thanks for the reply! I'll look into it and see what I can do to make it more clear or less frustrating to navigate.

You also see another square building further to the left which can't be reached normally, that makes it even more "clear" that you need to find another path to it, and voila there's that path  inbetween them.

Very well done. The AI has an awareness problem: you can stand a few feet away and it wont notice you unless you come closer. On th second level, when you fight in that circle area with the souls going to the roof, the AI wont notice the edges of the platform and most of them will fall to their death.

What i strongly recommend adding is a sprint button. Maybe aiming down the sights would be nice, but sprintint is a must.

Congratulations, the game is awesome!

Hey there, thanks for playing Paul! I am for sure working on those fixes, and will get them out sometime in the next month. For sure, there are a lot of bugs with the AI since I rushed a lot of the combat stuff towards the end of the jam. Thanks for your suggestions, I really appreciate it! :)

I am absolutely in love with your game. The atmosphere, those Halo CE vibes, the skybox with those other orbitals, the ships patrolling the skies, the gun effects and sounds. Clearly a lot of care has gone into this game.

I can't wait to see what else you have in store.

Reply
Suspended account2 years ago
Reply
BetaHunter2 years ago(+1)
Damn. The Nostalgia is real. I really appriciate the Halo CE vibe and feel this game has to it. It is obvious that you guys have taken some inspiration from there, which I can appriciate. The gameplay was smooth and fun, graphics good (as can be within this style). Enemies had variaty and did not become too repetitive. The audio was good too, also much like in the open world of the second mission in Halo CE. Now all we need is an even larger open world and the iconic warthog! :D Yet another gem from The Haunted PS1 game jam. Good job!

The map and the sky were so well built... I had a lot of fun playing, I felt on a Sunday morning !

cant believe i didnt see it

It reminded me a lot of halo, even if it's short I love it

Reply
Do You Even Metal Bro?2 years ago

Great stuff so far. Please, please finish it. You have my support.

Reply
BAYAEARAE2 years ago
If you attack from a distance, the enemy will not attack
Reply
Rostiger Rentner2 years ago

hi, big thx for the nice but hard game. greetings from rosti 😀

Hey Rosti! Thanks for playing!

Awesome video! Glad you enjoyed it

Glad you enjoyed another one of my games :) I remember your video from Hearth! 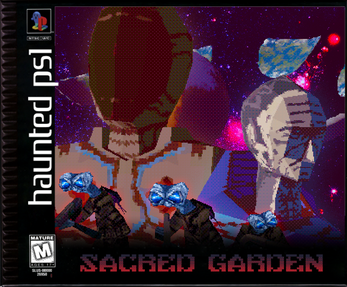 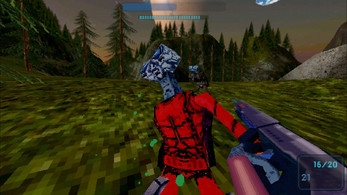 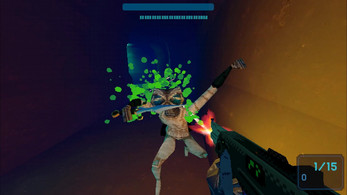 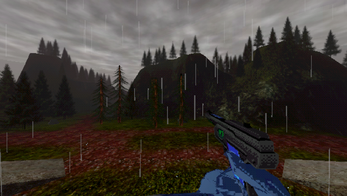